A lot of things have happened since I posted last...the main thing is that Atlanta came back to be my forever dog!  She got kennel cough in the kennel and was sick for a long, long, time!  :(  Poor Atlanta!  She was career changed for having a soft trachea.
Now, she gets to do many fun (and naughty) things such as... 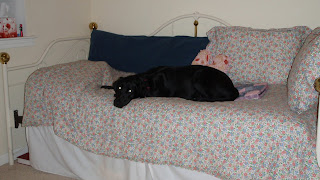 Sleeping on the bed... 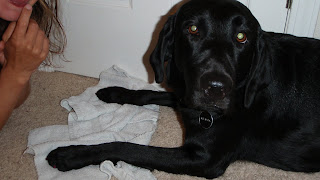 getting her nails painted... 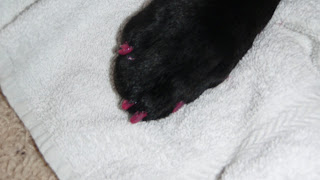 Don't I look pretty?
I was very busy, but I am going to try and post more often!﻿
Posted by Hailey at 7:35 PM No comments:

(By Atlanta)
I, Atlanta have two lives.  I may seem like a mild mannered nurse that cleans puppies... 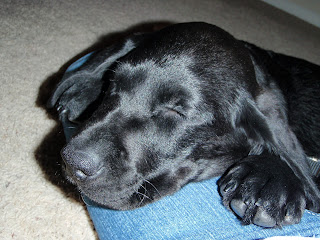 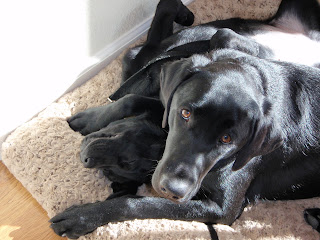 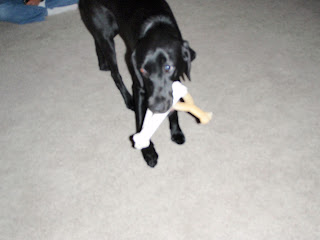 I carry bones to my masters in their hour of need! 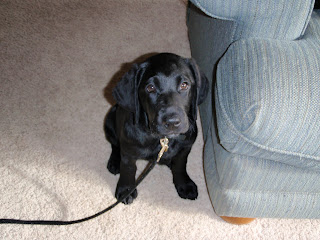 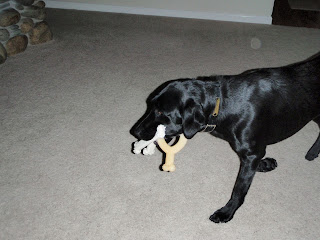 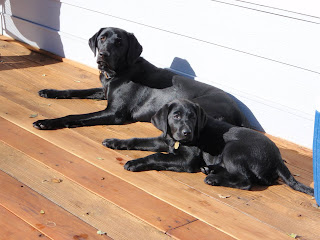 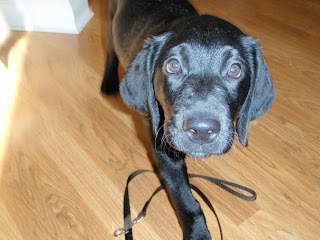 Skyla﻿
Posted by Hailey at 2:50 PM No comments: 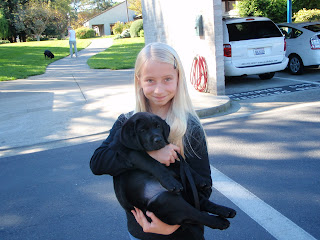 I have a new little puppy in our home, Sklya!  She is Darice's puppy and our family picked her up on November 2nd.  Atlanta went into season 3 weeks before we picked up Skyla (we board our females at Guide Dogs), so we were able to pick up Atlanta and Skyla at the same time!
Darice's breeders keeper brought Darice to the campus and Skyla was able to see her mama.   Darice was happy to see her puppy again, but she was really excited to see us!
Skyla is like her mama!  But she does have a funny little marking on her, it is a little white spot under her chin!  It is so cute!   She also likes to lick - just like her mama did!   Skyla is a neat puppy, already sleeping through the night, great on tie-down, and so sweet.
Atlanta and her have become best buddies. They like to snuggle together and play together.  I was planning on having to co-raise Atlanta because I thought that it would be too hard to have two puppies in the house at the same time, but as it turns out, they are great together!  After a few days of having them together, my family knew that raising both of them would work out fine.
Skyla and Darice (and my brother!) 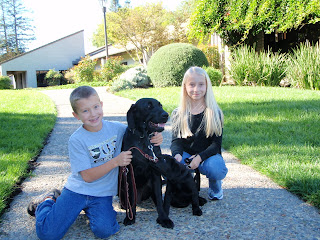 From left to right: Skyla, Atlanta, and Darice﻿ 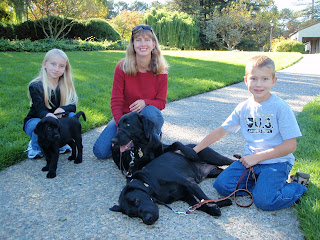 Hi!
My name is Hailey and I have been raising Guide Dog puppies for almost two years.  I am 11 and in the seventh grade.  My first puppy is named Darice and she was chosen to be a breeder.  She had her first litter on September 6, Labor Day!  She had six black labs, two girls and four boys.  She was bred to Jenkins and it is an "S" litter.  My current puppy is Atlanta, a 10 month old female black lab.
Atlanta is such a silly goose!  She loves to do summer-saults into my lap and insists on carrying at least two bones in her mouth at one time.


Here is a picture of her when she was little.  She loves to cuddle and make herself comfortable! 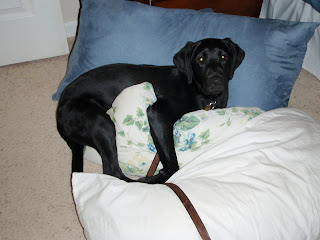 This video I think protrays Atlanta's curiosity about everything.
This is me and my first puppy, Darice, at her graduation. 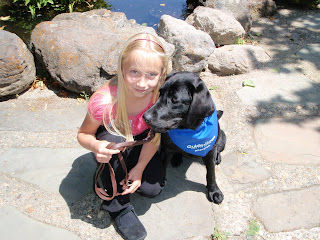 Hailey
I'm Hailey and I am in the eighth grade. I am raising my third Guide Dog puppy Skyla as well as having fun with my career change Atlanta. Besides raising puppies for GDB, I like to read, play the piano, and read some more.